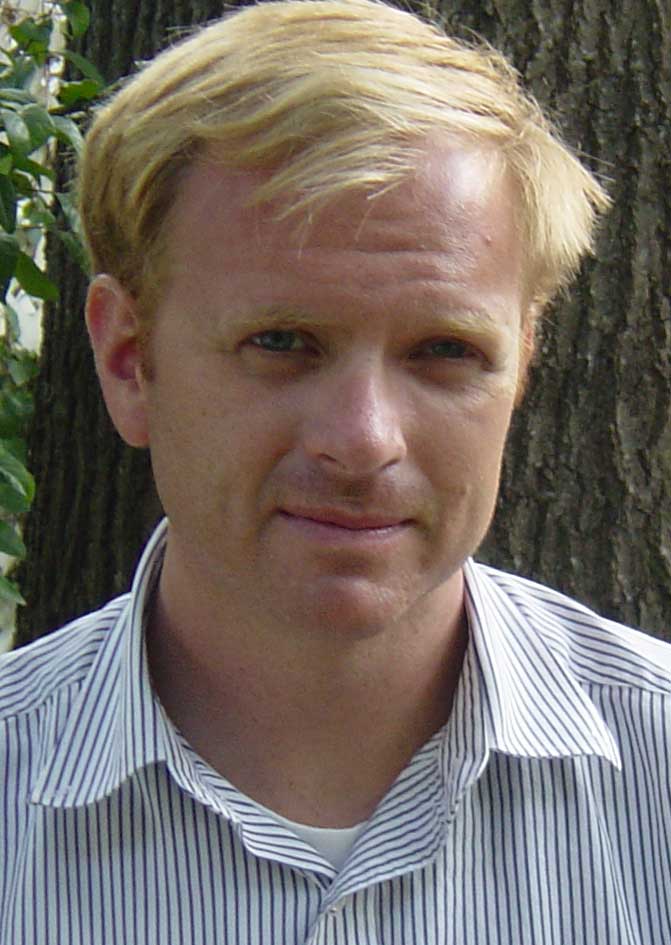 I’m a writer and a professor of English. I grew up in the suburbs of Kansas City (on the Kansas side), and earned my degrees in English and Creative Writing from the University of Kansas and the Iowa Writers’ Workshop. After living for several years in Boston, I returned to the central time zone in 2005 to teach at Missouri State University, and then five years later I moved to Kansas City to teach at Park University.

My wife, Pam, is a psychologist who originally hails from Brandon, Manitoba, and who still occasionally uses Canadianisms that flummox me (did anyone know they say “garbarator” instead of “garbage disposal”?). We have a five-year-old son, Simon, and a six-month-old daughter, Daphne. Rounding out the family are two black labs, Mitchell and Gordon.

I’ve published two novels, Aftermath and The Cuban Prospect, both of which are available for purchase on this web site (and, if you buy them, I will be your best friend). I’ve also published a work of nonfiction, called The Language of Fiction, which investigates how fiction writers use grammar and style differently than writers in other genres. I’ve turned in the manuscript for a sort of follow-up to that one, tentatively titled “The Situation at Hand,” which will focus on specific challenges in fiction writing.

I hope you enjoy the web site–please let me know if you have questions.